From January 8th to the 10th, Pennsylvania DeMolay and the Masonic Conference Center – Patton Campus hosted its first ever NERF weekend. The weekend was titled “Operation N.A.S.H.V.I.L.L.E Training Weekend,” and if you weren’t there to find out what it stood for, then you might not find out such classified information.

A total of 12 chapters were represented from all over the state of Pennsylvania to gather for some friendly NERF competiton. Elected State Officers created a battlefield for members to play in what is normally known as our Function Room. While members were not in battle, they learned important lessons including teamwork, decision making and techniques on leadership. Advisors also enjoyed the opportunity to play around with the NERF guns, since most of them haven’t played with NERF guns in years, if ever.

After some hard fought competition, the Green team became victorious. This was a combined effort between  the success of the days NERF games and other activities that helped members gain points, such as completing lessons of the Leadership Correspondence Course. Each member of the winning team received a “Golden Dart.”

State Junior Councilor Jake Beers had one more award to hand out on Sunday morning, the coveted “Golden Gun.” This NERF gun was given to Friendship –Bray Chapter for their overall success in membership within the past 3 months. Congrats to FBC and congrats to everyone for a fun weekend. We look forward to seeing all of you at Secret Agent Weekend in February. 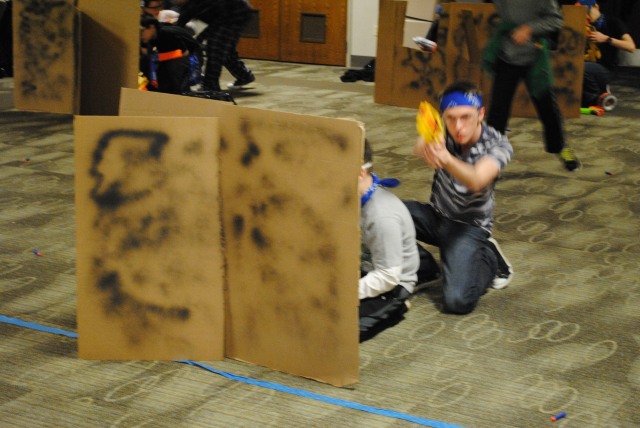 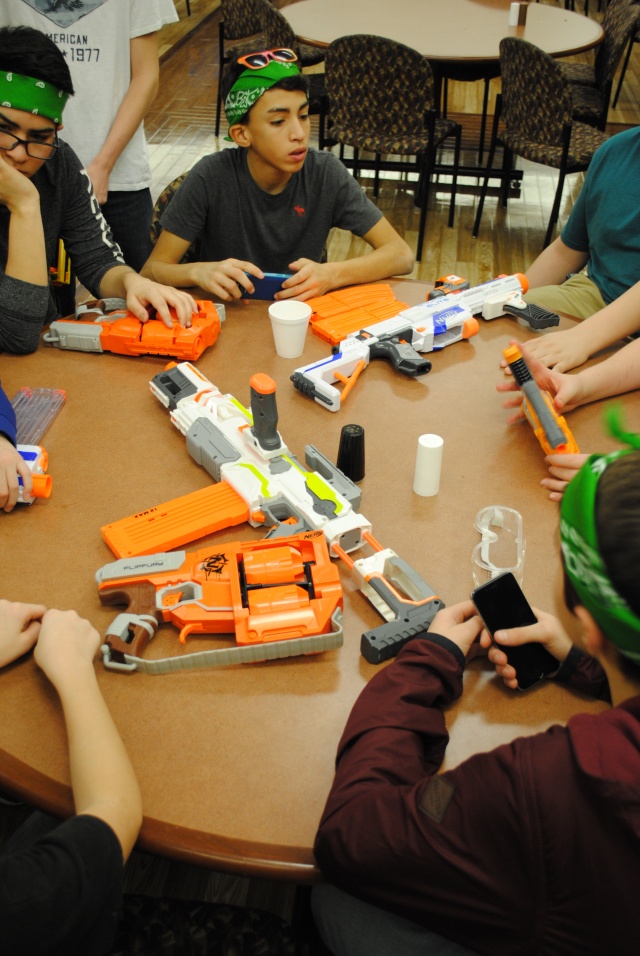 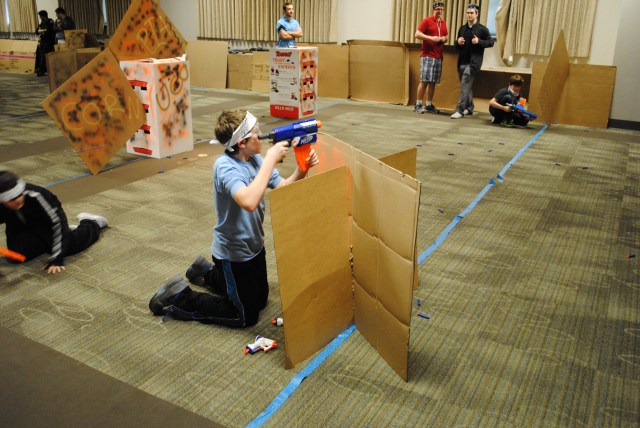 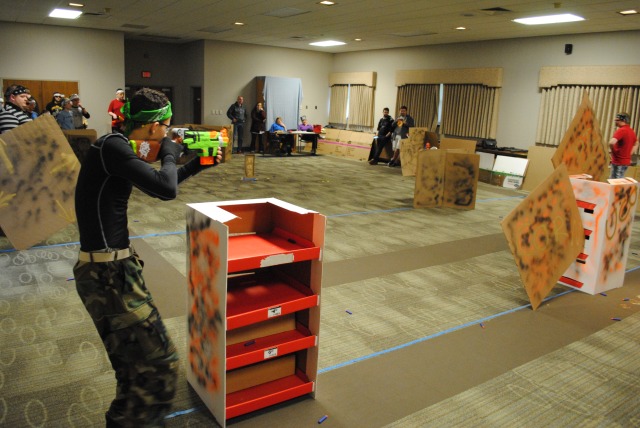